Savings – do you need a nudge? 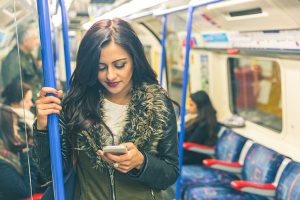 Savings – do you need a nudge?

According to data from the Office for National Statistics3, the UK is losing the savings habit. In the last couple of years, the savings ratio has been at about 4%, whereas in the 1990s it was closer to 15%. Statistics show that half of 20-somethings have no savings at all, and research carried out by the Money Advice Service in 2016 found that 16 million people in the UK had savings of less than £100.

Nudging, using psychological techniques to influence behaviour, might just help us all to get into the savings habit.

Technology in the form of savings apps can help savers see the bigger picture, literally. They work by allowing savers to load images of something they are saving for, such as a car, a home or holiday. The more money they transfer into their savings account, the clearer the image becomes, but if they withdraw money, the picture starts to disappear.

Another prompt is being trialled at supermarket checkouts. The shopper will receive a message asking them if they want an amount equivalent to their store discounts to be diverted to their savings accounts.